As many of you know, I work for a triathlon series called Rev3 (amazing organization BTW).  This past weekend, we had a race in Portland, OR.  My duties include providing ART as well as recruiting other ART providers to come out to the triathlons and supervise them.  During the weekend, I had a conversation with some of the ART providers about the pro triathletes and all the other athletes.  There was a general sentiment that most triathletes and spectators drool and cheer for the pro triathletes however, there are some triathletes who probably deserve more accolades.  During this Portland race there was an older gentleman (>70 y.o.) who was out alone - last on the course, working harder than pretty much any other triathlete.  Keep in mind he had to swim, bike and run 70.3 miles.  Long after the vendors, ART providers, spectators and other athletes had left, "Robert" was still out on the course, struggling. With 2 miles left he wanted to quit.  Our Rev3 staff told him that as long as he was willing to finish, we would keep the finish line open for him and the music playing (well past the cutoff time). He looked up and said "let's go!" and started down the road again.  So, as the Rev3 crew was taking down the tents, we all left the finish line, finish shoot, music and announcing up for Robert to show him our support.  I took a video with my iPhone (see below - you can watch it in HD).  It was pretty awesome!  So what's my point, and why am I telling you about this?  I guess because I was inspired by a guy who toughed it out maybe more than anyone else on the day, but you'll never read about his effort.  The point here is: it's not always about the fastest, leanest person out there.  Sometimes toughness is not measured by your finishing time.  Congrats to Robert, and also to J.D. who stayed with Robert through every swim stroke, pedal turn and run stride of the race.

Article contributed by Dr. Kevin Maggs.  Dr. Maggs is a provider and owner of Active Spine and Sport.  He attended the University of Waterloo in Canada for Kinesiology and then went on to the National College of Chiropractic in Chicago where he graduated in 1995 and has been in practice for 14 years in Virginia.  As an Active Release Techniques provider, he has reached the highest level of certification possible and has been practicing ART for many years.
Posted by Rogue Racers at 8:59 AM 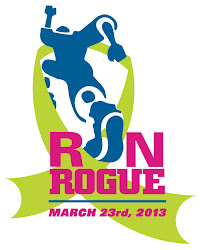 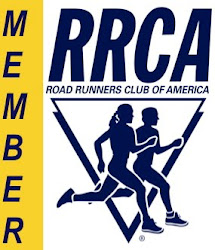